Home
how to guide
How To Clean A Cast Iron Skillet

With proper care and maintenance, cast iron skillets are indeed made to last.

We also give you some guidance in re-seasoning and restoring your cast iron skillet if the need arises.

Users of a cast iron skillet dubbed this cookware as the workhorse of their kitchens because it is multi-functional and it never fails to deliver for different cooking styles.

Read our post, The Best Pizza Stones. One of our top choices is a cast iron pizza stone.

Firstly, cast iron skillets have great heat retention properties making it great for searing meat such as steaks and roasts.

Secondly, cast iron skillets are oven-safe so for dishes that require pre-cooking in the stovetop, transferring it to the oven is even more convenient.

Thirdly, this cookware is great for stir-fry food and dishes that require deep-frying. Not to mention, it is great for cornbread that is known to be a dish that was actually born from using it.

Finally, desserts that can be cooked on it are also limitless.

You will also be surprised to know that cast iron skillets can actually leach some iron into the food you cook meaning that adding one nutritious element on your food, making it healthier for you.

However, cast iron skillets do not come with no limitations so some DON’T’s are in order such as:

But now to the important part. How should you clean your skillet so it will last a lifetime?

Also, read on to find out to restore a rusty cast iron skillet and bring it ‘back to life.’

How To Clean Your Cast Iron Skillet

To clean your precious skillet, you will need the following tools and materials:

A cast iron skillet should be cleaned immediately after use. Wiping it with a clean, slightly damp paper towel can do the job if it comes mess-free with no stuck-on food right after. You can stop right after this step if that is the case.

If there are stubborn bits of food on the surface, cleaning with hot water right after cooking is fine.

Most modern dishwashing liquid will not harm your cast iron skillet surface but watch out for lye-based soap. You can use a sponge and a thong to scrub your cast iron surface to avoid your hand’s contact with hot water.

A convenient option is using a cast iron brush or scraper. DON’T use a metal brush. You can also add kosher salt and use a wooded spoon to brush off the stuck-on foods.

It is up to you which method you prefer. It will most likely depend on the tools you have available in your home.

Rinse off and dry thoroughly with a dishtowel or paper towel. Please, DON’T ever soak your cast iron skillet in water for hours.

Heat your cast iron skillet on the stove for 10 minutes at low heat.

Season the skillet with cooking oil or any saturated fat using a cloth or paper towel and store it in a cool dry place after seasoning.

Putting a piece of paper in between your pans may also help protect your cast iron skillet surface.

If your situation calls for restoring your rusty cast iron skillet, we’ve got you covered with the following instructions:

First off, you will need the following tools and materials:

1. If the rust is too severe and covers most of your neglected cast iron skillet, then a trip to a machine shop is necessary.

There your cookware will be subjected to sandblasting so it will be restored rust-free. You will still need to re-season it before you can cook something on it.

2. If the rust, is minimal and can be scrubbed with steel wool, then you can have it done at home. So, use the steel wool to scrub the rusty surfaces until the raw cast iron surface is completely visible.

4. Apply cooking oil or any unsaturated fat on all the surfaces of the pan using a dishtowel or paper towel.

5. Place a sheet of aluminum foil on the baking rack then place the pan upside down. Turn on the oven to 350 degrees F for 1 hour.

6. Let the pan cool and your cast iron is now ready to cook.

You may have heard of the health benefits of flaxseed oil for our bodies e.g. it may help reduce inflammation as well as improving skin health. Read more here.

But did you also know, that flaxseed is fantastic for seasoning your cast iron skillet?

If you want your cast iron skillet surface to be close to indestructible, then you may also want to try seasoning it using flaxseed oil. The process though is a bit longer but is highly advisable.

We give you the following guide in seasoning your cast iron skillet with flaxseed oil:

1. Strip the pan from all seasoning by putting it upside down on a baking rack inside the oven. Set the oven to a cleaning cycle for around 3 hours.

2. Once done, you can now remove the pan from the oven, place a tablespoon of flaxseed oil and use a paper towel to apply evenly the oil on all surface. Remove excess oil with a new paper towel if necessary.

4. This process should be done 5-6 times more to achieve the best results.

We do hope that our guide has helped you in properly cleaning and maintaining your cast iron skillet but also to give you guidance in showing you how to restore a rusty skillet.

After all, a cast iron skillet is supposed to last a lifetime and even to be passed down from generation to generation.

This multifunctional cookware may be relatively cheap but make no mistake with proper care and maintenance they can exceed other more expensive non-stick pans functionality by far.

A well-maintained cast iron skillet can surely be your forever in your home kitchen asking nothing more in return. 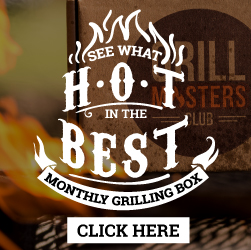